The Choccolocco Monsters needed everything to go right Monday to keep their slim Sunbelt Baseball League playoff hopes alive and nothing did. 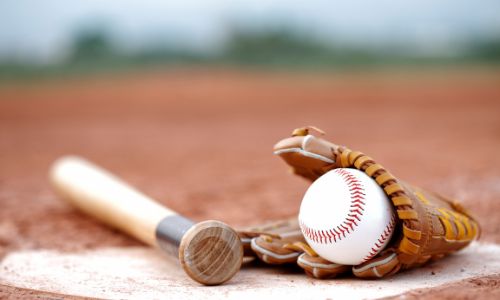 For Tuesday’s regular-season finale to matter, the Monsters needed to beat sister franchise Columbus in their final regular-season road game and the Gwinnett Astros to beat Brookhaven. None of it happened.

The Monsters were stifled at the plate and run-ruled in eight innings by the Hoots 10-0 in Golden Park. Not that it mattered after that, but a short while later Brookhaven closed out the Astros to clinch the sixth and final spot in the SBL playoffs that start Thursday.

“There were a lot of teams involved in must-happen scenarios in a two-game end of the season,” Monsters manager Steve Gillispie said. “There was no margin for error. It was going to be very, very, very difficult to do.

The Hoots ended the suspense early, scoring two runs in the second and then adding two more in the fourth on Connor O’Neal’s two-run homer. Meanwhile, 140 miles to the north, the Bucks were opening a 5-1 lead on the Astros.

The Monsters were still in it when Monsters reliever David Cherwonuk retired the first two Hoots he faced in fifth, then in a matter of eight pitches three more runs scored. The Hoots walked it off on Cam Gray’s two-run single in a three-run eighth.

Gray finished with three hits of the Hoots’ 14 hits and two RBIs. The heart of the Hoots’ order – Jesse Donohoe, Britt Netterville and O’Neal – were a combined 7-for-10 with seven RBIs.

“The two-run homer in the fourth kind of broke the seal of the thought of could it or could it not,” Gillispie said. “But it still was only the fourth inning. We had hit some balls hard, we had some hard outs, we had some base runners early on. We weren’t able to do anything with them, but the way the fifth inning went that just sealed it.

“It was one of those deals where once you got down you’re going to have to put up some runs in short period of time. We couldn’t get that leadoff guy (on) and when we did we’d pop the first pitch up to the catcher or first baseman in foul territory. We have not been good at all since the fourth inning of that (Gwinnett) game nine days ago.”

Columbus starter Brad Grasser held the Monsters to three hits over six innings to get the win. At one point, he retired 10 in a row. Two relievers followed him, facing seven batters in two innings without giving up a hit or a run.

The Monsters wrap up their inaugural season against the Hoots Tuesday night at Choccolocco Park. Austin Goode, brilliant in his last two Friday starts, will start for the home team, but Gillispie said he’d treat the game like an all-star game with a lineup full of local starters and multiple pitching changes.

“I think they’ll come out kind of like they did tonight,” Gillispie said. “They seemed fairly ready to play even though it was a bleak picture. I think this group of guys really does enjoy each other. I think they’ve made some lifelong friends and they have a good time.

“It’s one last opportunity for this group to be together and kind of enjoy the inaugural season. It’s been a good ride. There’s been good things.”

Just not enough to keep them going after Tuesday night.

MONSTERS MASH: The Hoots clinched the No. 2 seed in the playoffs and the inaugural Ignite Cup series with the Monsters (5-2) … There is some talk the SBL will use Choccolocco Park for playoff games if some league venues aren’t available …

The Monsters have one more game left in their inaugural season but team management is already thinking about next season. Speaking on the team’s radio broadcast, general manager Scott Brand said they hoped to have games televised next season, at least on the internet. Attendance was “a little low’ of projections, but Brand pinned that on operational issues rather than community interest.

“We explained the product, we hope the people liked the product and the important thing is giving all those youngsters, college eligible youngers, a place to play. They’ve gotten better. Unfortunately, with a short season you’ve got to come out early; if not, you’re in trouble. They’ve gotten better. They’ve been entertaining. That’s all we asked for in Year One.” [*** read more]