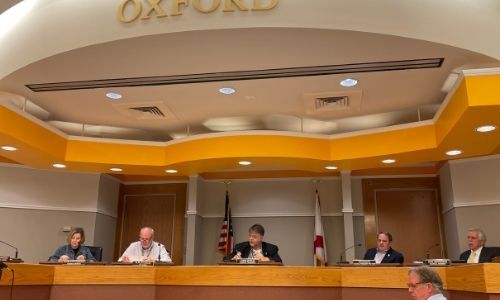 There was no discussion regarding the $2,000 allotment to Camp Lee that is on the agenda.

Mike Henderson was nominated as the delegate for the business Session of the Annual Convention of the Alabama League of Municipalities.

The quote for the library roof installation was discussed. There were two quotes coming in at 16.5 thousand and 36.6 thousand. The lesser option was chosen.

The HVAC maintenance agreement was also discussed. They come every 3 months and service all 45 units. The cost for two companies were $36,000 and $12,000. The lesser option was chosen and the council requested a quote to have all the city buildings maintained. It was agreed that maintenance was much cheaper than replacement.

The fireworks cost have increased by 32% this year. The increase is for the actual materials and shipping, but the scope of the order has not increased. The same company is being used from last year as well.

For Cheaha Biking Tom Nelson sent over an economic impact report for the 5 events they will be hosting. The economic impact is roughly $2 million dollars. The two largest events are the Cheaha Challenge and the Coldwater Fat Tire Event. The cost to be the secondary headlining sponsor would be $5,000.

A request was made from a business for a sales tax sharing option. The city attorney, council, and Mayor discussed the exact threshold policy for a business to qualify. This will be reviewed and discussed at a later meeting.

The basketball team will be at the next meeting to recognize them on their recent victories.

WHEREAS, it is the intention of Oxford City Council and Mayor Alton Craft to focus attention on noteworthy occasions and individuals; and

WHEREAS, tonight, the Council and Mayor wish to recognize and congratulate Dr. Jeff Goodwin on his years of service with the Oxford City Schools; and

WHEREAS, Dr. Goodwin has had a tremendous and positive impact on the lives of many young scholars, student-athletes, teachers, and administrators by instilling in them the importance of education, teamwork, discipline, and attitude; and

WHEREAS, Dr. Goodwin received the 2020 Alabama Superintendent of the Year award and was one of the longest serving Superintendents in Alabama; and

NOW, THEREFORE, on behalf of the Oxford City Council and myself I do hereby wish to honor, commend and thank Dr. Jeff Goodwin for his unwavering dedication to education in the Oxford community, and wish him much success as the new President of Northwest-Shoals Community College.