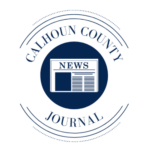 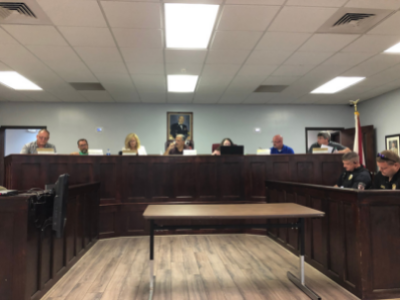 The first subject discussed was the proposed tethering ordinance. A decision was made to table this vote until the next meeting. Chief Bunn and Chief Bush were asked their thoughts as well. Chief Bush said that he would have more to contribute once a draft was completed. He did caution against ambiguity in the language as it will be harder to stand up in court. He wanted to express that the language should be very straightforward and easy to explain and enforce. He also mentioned that unless there is overt animal cruelty, most offenders would receive a warning initially. Mayor Willis stated that less specific language would allow the police to have more latitude about enforcing the ordinance. Chief Bush did agree with that he felt that in the end it would make citations harder to prove in court. Councilmen Bowles said that there can be a mix of language, but that any ordnance has to be clear. Examples of this would be a lead must be a specific length, and the simply state that in addition shelter, water, and food must be present. He thought that some of the other language could be removed. The examples put together by Councilwoman Hamby have been forwarded to the city Attorney, Jason Odom, for review. Councilwoman Hamby will try to schedule a time to speak with Mr. Odom and work out a draft prior to the next city council meeting. If a draft is completed it will be sent to Chief Bush and Chief Bunn for review as well as to the other council members and Mayor Willis.

The next subject discussed was the limb truck. To purchase a new limb truck will be around $140,000. There is expected to be a $40,000 trade-in value as well.  The $100,000 difference would be made over a five year term and would be deducted from capital expenditures. The current vehicle was purchased in July of 2013.

Public Works Director, Joey Conger, is recovering from his surgery. He is expected to return at the end of October or the beginning of November. He is also set to retire after the first of the year.

Jason Hardin with the East Alabama Regional Planning Commission spoke about several projects that are coming up.

The first project discussed what the demolition project. He wanted to check on the status of the additional two addresses.  Mayor Willis let him know the addresses are currently with the city attorney who is following the necessary steps to proceed with demolition.

The second project was to confirm if the city still wanted to participate and move forward with the Comprehensive Plan. The city is still wanting to move forward; however, they want to wait until October 1st to invoice so it does not come out of the 2021 fiscal year budget.

The third project discussed also involved Chuck Chitwood with Canyon Engineering. The water project funding has a couple of options. The first is the SRF. This is issued through the state and is payable over 20 years. The city currently has a loan with this program that could be consolidated with any new loan to keep the payments relatively the same. The second option is through the USDA Rural Development. It is a loan/grant program. The USDA takes about two years to pay out and the SRF is a much faster process. After some discussion the general consensus was that the SRF funding is the way to go.

The subject of ordinance enforcement was broached by Mayor Willis. He wanted to know how many offenders were habitual offenders. He wants to consider rewriting the ordinances after the first of the year to streamline the citation process. He proposed speeding up the timeline when fines can be issued and demolition be completed. He also is in favor of jailing homeowners who refuse to follow the ordinances. Chief Bunn expressed concern over punishing people who had health issues, physical and mental, and also had concerns that some residents would prefer to go to jail over following the ordinances. He also was concerned that the city might get stuck with bills from the jail due to medical expenses and that the problems would still exist. Chief Bush also mentioned that he has offered to cut grass and help homeowners who were unable to do their own work and was often told no. There are many reasons why the codes are not being followed. Mayor Willis and the other council members agreed that they would not want to punish those who were having health issues. They wanted to deal with people who were just refusing to maintain their properties. Chief Bunn also mentioned that only the home owner can be cited and in many of the problem homes, the home owner is not local and sometimes not even aware. He specifically mentioned a few examples where an elderly family member was the owner. He is concerned that fines and liens would punish them versus the resident. Councilman Bowles did state that municipalities are not responsible for medical billings. Mayor Willis stressed this was not something that would be happening immediately. He wanted to maintain property values and feels that is part of his and the council’s duty. This is a subject that can be discussed in more detail at later work sessions.

The subject of new business was next on the agenda. Councilman Clendenning wanted to ask for Bill Whittaker to be approved to design and plan for new bathrooms at the Weaver park. The design would be covered by the CARES money received and would allow for dressing rooms, a complete new bathroom facility, lockers, and perhaps, an outdoor shower. This new bathroom would be placed near the splashpad and would be available for park users as well. The old restrooms would be converted to storage. The total cost of the project would be between $80,000-$100,000 including the design.

Mayor Willis also updated everybody on the status of the splashpad. The contracts have been signed and the colors have been chosen. It is still on track to be completed in two months provided materials are not delayed.

Councilman Bowles mentioned the asphalt is bad at Buckhorn. What is needed is for the area to be milled and patched. Councilmen Clendenning said that the county is already doing similar work with MidSouth and the city could use the bid price to get the work done. If the city could authorize up to $7,500 he would speak to Commissioner J.D. Hess about completing the work. This would be coming out of the gas and tax money and not be a regular budget item.

Councilman Tim McRae also wanted to thank whoever cut the grass at Russell and Alexander.

*Editors note: a correction was made for the trade in value of the limb truck.  It has been corrected to $40,000. 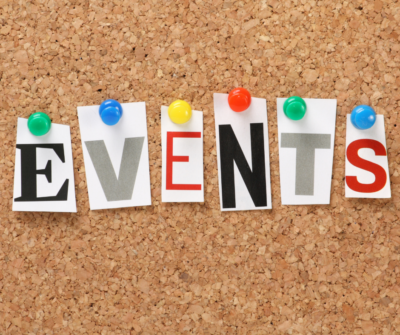 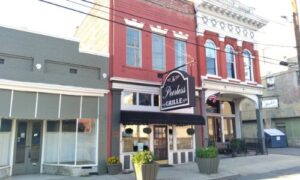 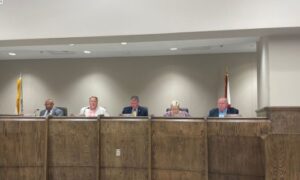 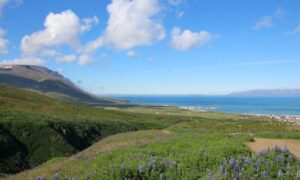 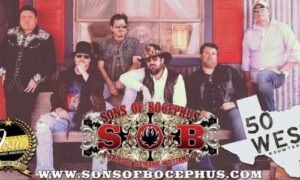 Tribute Band, Sons of Bocephus at The Place Downtown in Piedmont 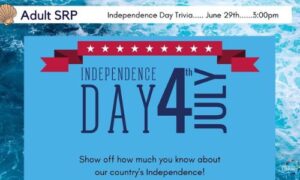 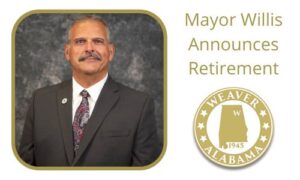 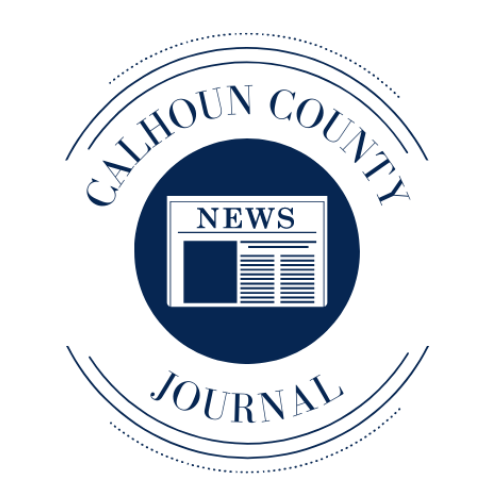